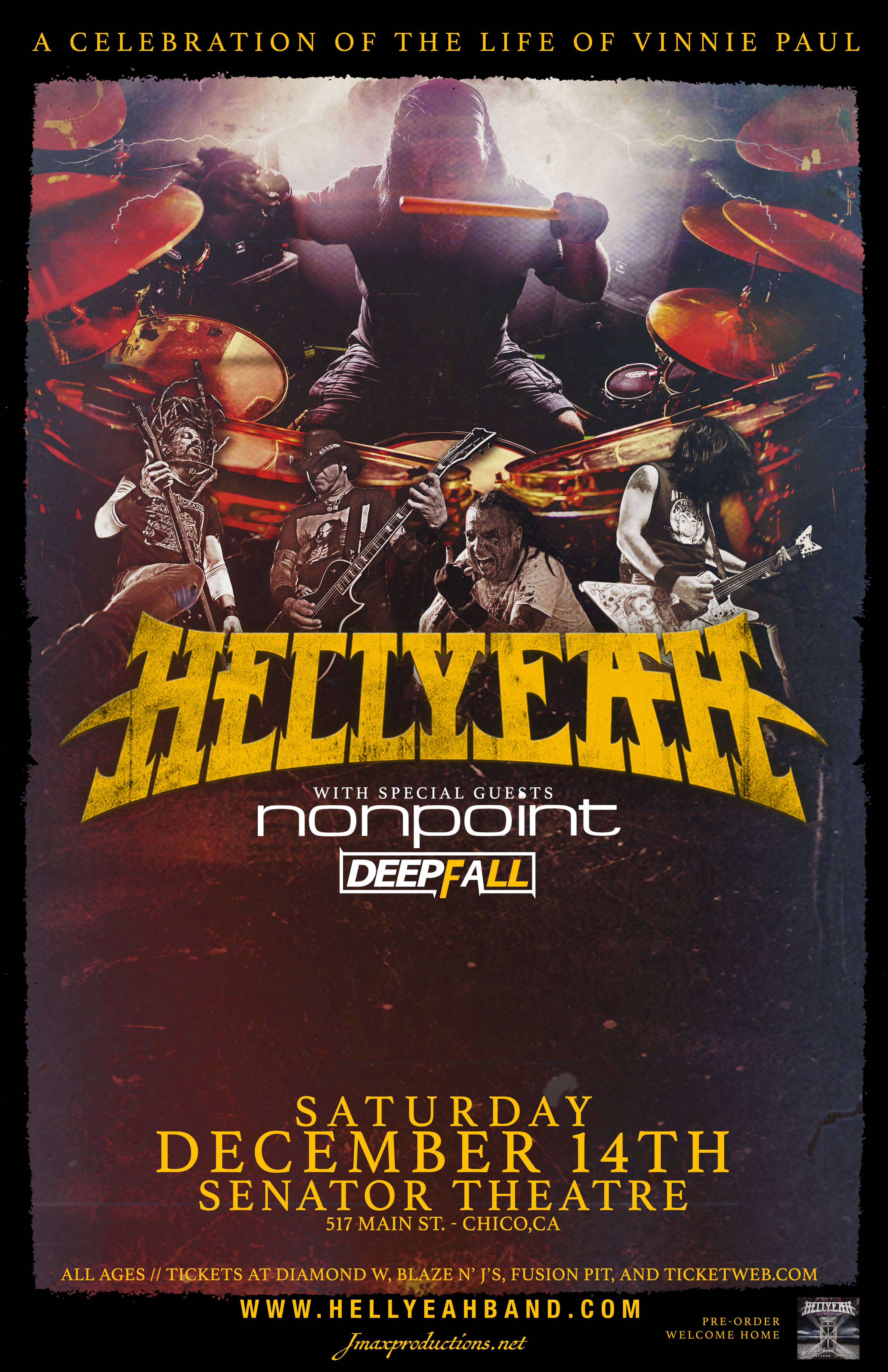 Bio:
The terms “super-group” and “short-lived” are invariably synonymous. Here’s the all-too-familiar tale: talented individuals from different bands join forces to a huge fanfare of hype and all is well. But then, a mere album/tour cycle or two later, the so-called “super-group” implodes and disappears. History has proven this irrefutable truth time and time again…

HELLYEAH is the brainchild of Mudvayne frontman Chad Gray and Nothingface founder Tom Maxwell. It became a reality in 2006, when the pair successfully convinced Vinnie Paul, the legendary drummer of Pantera and Damageplan, to pick up his sticks again after the tragic loss of his equally legendary brother. The first few times Chad and Tom asked Vinnie to join HELLYEAH, his answer was no. Years later, says Chad, Vinnie — sporting his trademark grin — told him that the two had been "’real persistent, and also had a really infectious, positive attitude,’ so he eventually decided to give it a go." Hard rock and metal fans all over the globe joyously celebrated Vinnie’s return, and HELLYEAH was immediately dubbed “a heavy metal super-group” by press and public alike.

In late 2017, after another successful bout of touring, HELLYEAH started work on album six with their producer from Blood for Blood, Kevin Churko. “Kevin is a huge part of the HELLYEAH family,” Christian Brady states. “He’s brought a lot of things out of this band.” All was going well – really well – until Friday, June 22, 2018, when the heart-wrenching news of Vinnie Paul’s sudden and unexpected passing quite literally stunned the hard rock world into silence. He was 54 years young…

As Kyle Sanders so succinctly stated: “While Vinnie Paul is obviously irreplaceable, one thing we can’t not do is tour. As easy as it would be to say we’re not going on the road, we have to. Vinnie would be extremely disappointed in us if we didn’t promote this record properly. He’d be pissed off at all of us for putting all this work into finishing the record and then just letting it sit there on the shelf while we put a couple of songs to radio and whatever…and we know that.”