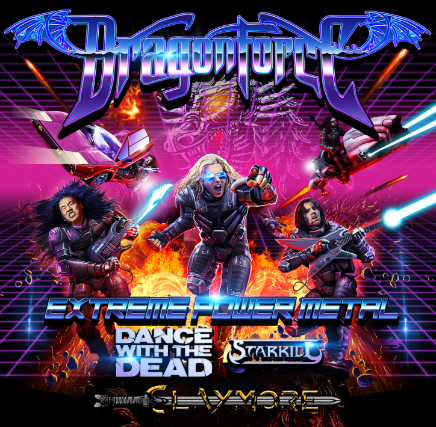 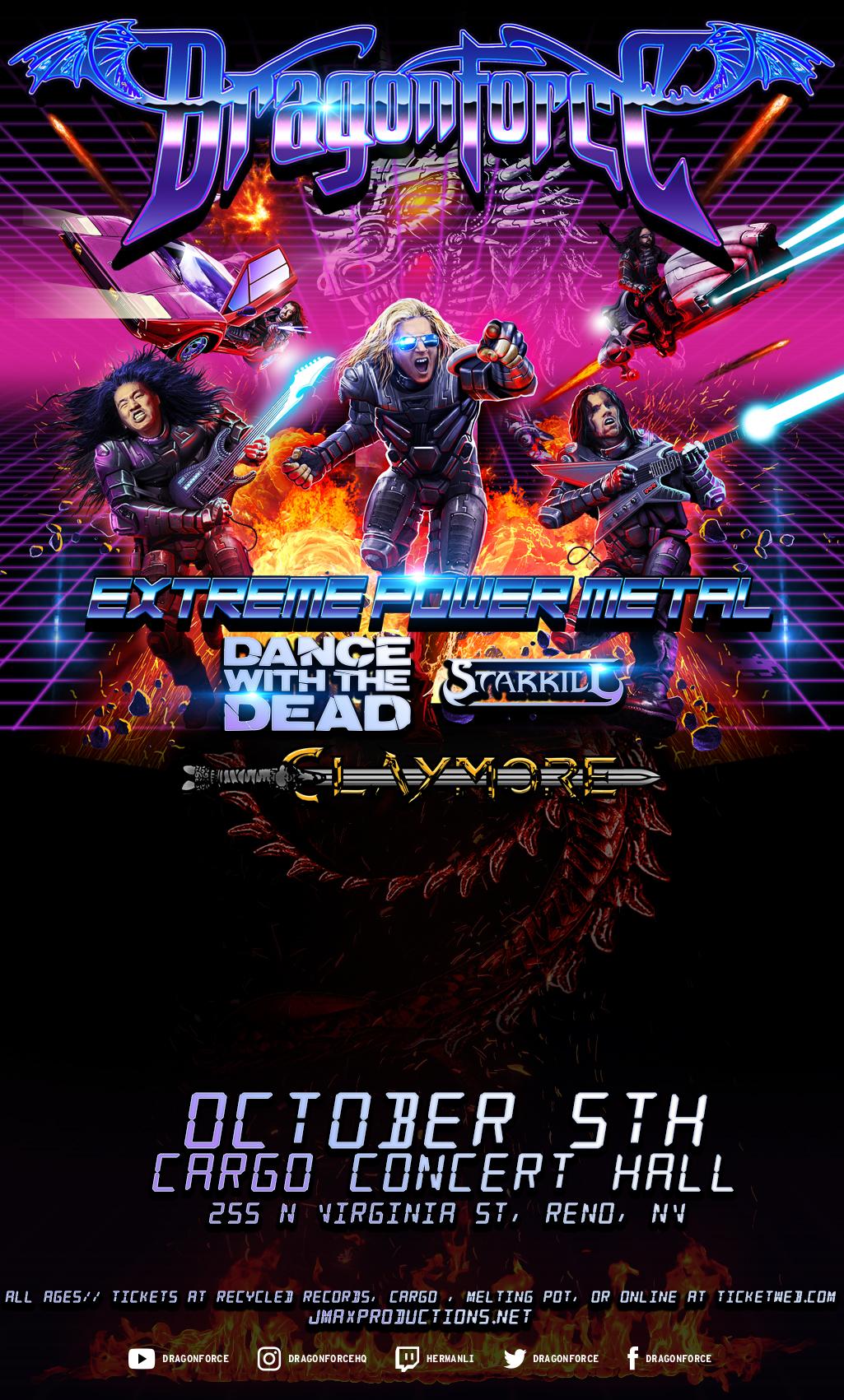 DragonForce Bio:
Known as the fastest band in the world, Grammy-nominated extreme power metal band DragonForce is based in London, England. Their platinum-selling record, Through the Fire and Flames, brought them international acclaim and was featured as the most-challenging song on Guitar Hero III. Their energetic and humorous live performances have won them fans on every continent.

The group is known for their long, complex and fast guitar solos performed by Herman Li and Sam Totman, who founded the band after meeting through a classified ad in 1999. Since then, the band has released seven studio albums, including Valley of the Damned, Sonic Firestorm, Inhuman Rampage, Ultra Beatdown, The Power Within, Maximum Overload, and most recently, Reaching into Infinity. Drawing from a wide range of influences, the band’s sound combines the sing-a-long choruses of classic 80s rock with triumphant, uplifting melodies and fantasy-themed power-metal-inspired lyrics. As a nod to their passion for all things video-game related, the band frequently incorporates retro game sounds and melodies into their recordings and live shows.

DragonForce will release their eighth studio album in the fall of 2019 and will embark on a world tour. The band is currently streaming the recording of the new album on guitarist Herman Li’s livestream channel on Twitch (www.twitch.tv/hermanli). Li promises, “this tour will be DragonForce’s biggest and best tour in a decade. We are planning something very special for the fans and they can expect a fun, epic show with lots of surprises. We can’t wait to see you out on the road!”