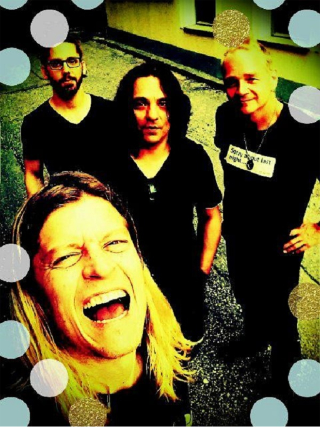 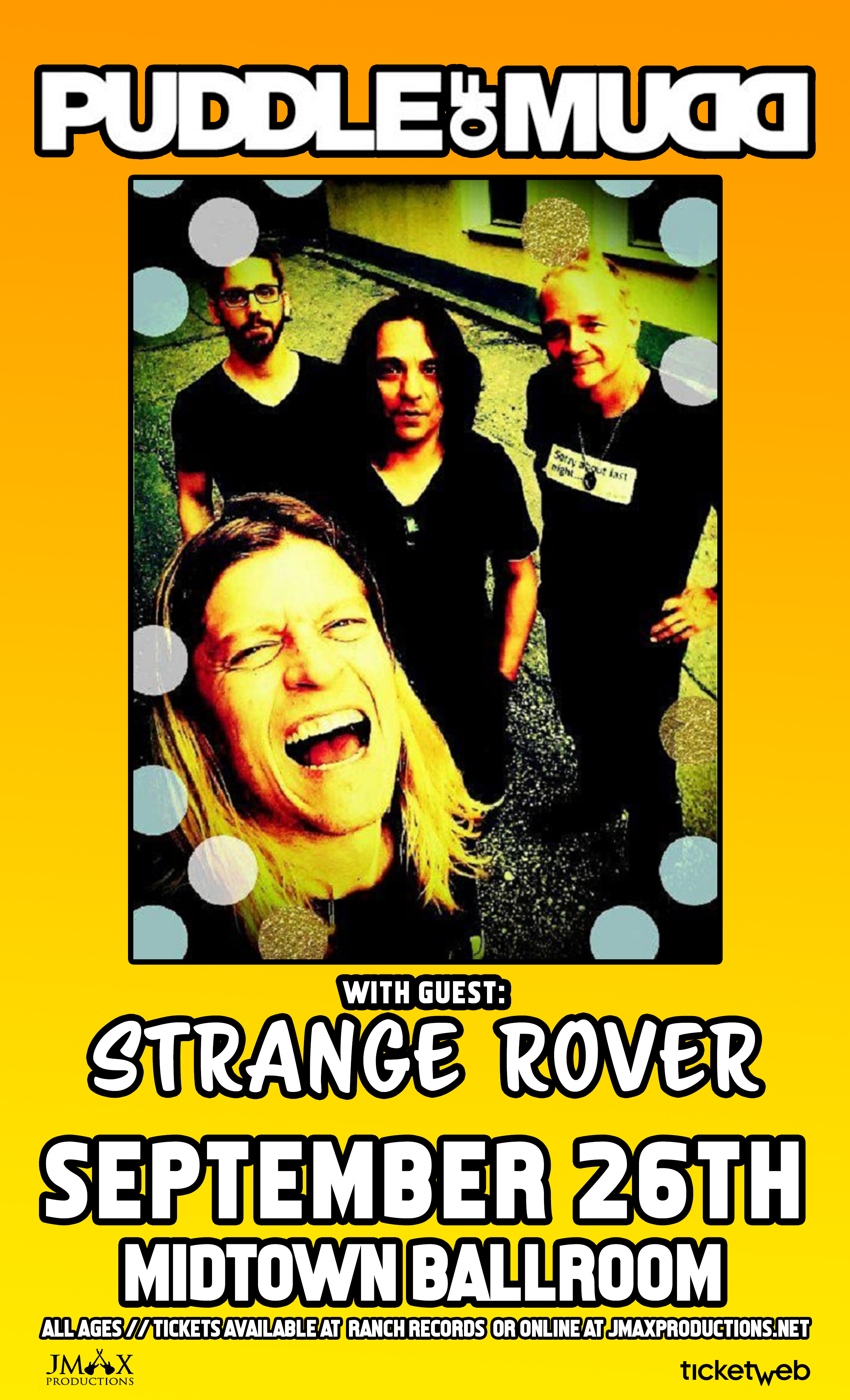 Puddle Of Mudd is an American post- grunge band from Kansas City, Missouri. The band has sold over 7 million albums and has a string of No.1 mainstream rock singles in the US. Their major label debut ‘Come Clean’ has sold over five million copies.

Ask Puddle of Mudd frontman Wes Scantlin about the writing and recording of the album Volume 4: Songs in the Key of Love & Hate, and he responds with the same spirit of carefree wanderlust that defines his band: "It's all easy peezy, dude, no big deal at all..."

Not to him, maybe. Wes Scantlin is custom-made for the new millennium, a rock star without the pretense, and a frontman whose spontaneity propels his offstage personality as much as it does his onstage delivery. "Wes is constantly adjusting to the vibe in the room, throwing his flavor in there and constantly trying to make people laugh," explains bassist Doug Ardito. "He doesn't do the David Lee Roth thing, where he delivers the same lines every night, he's completely off-the-cuff."

On Volume 4, Scantlin does deliver the same savvy lyrics that fans have come to expect since the band's multi-platinum debut, Come Clean, weaving subtle innuendo and not-so-subtle lyrical wordplay around vocal hooks so thick, they even seem to make life's more sour realities easier to swallow. Case in point, "Psycho," the smash single from the band's 2007 release Famous that rationalizes a relationship with, 'maybe I'm the one, who is, a schizophrenic psycho.'

Famous, like both albums before it, was certified Gold after selling more than 500,000 copies in America alone. Propelled by "Psycho," the album cemented Puddle of Mudd's status as bona-fide hit makers, and earned them industry accolades including Billboard's No. 1 Mainstream Rock Song of 2008 and No. 2 Rock Band of the Year, where they finished second only to the Foo Fighters. Keeping in that tradition, the new album goes down like the smoothest shot you'll ever take. No chaser required - unless, like Scantlin and guitarist Paul Phillips, you opt for a cold, frosty one.

Volume 4 is a homecoming for Phillips, who left the band shortly into the recording process for Famous. Despite the success of "Psycho," something was missing, and when Phillips and Scantlin reconnected earlier this year, all the prior tension hadmelted away and their chemistry was rediscovered.

Puddle Of Mudd was formed September 13, 1991 by Wes Scantlin (vocals/ rhythm guitar). According to Wes, the band name was inspired by practicing next to the Missouri River levy which always inundated the bands practice space but never ruined their equipment because they were on the second floor. Their first album, Stuck, was released in 1994 on V&R Records; it spawned two radio singles.

In September 2014, the band released the non- album single “Piece of the Action”.

In July 2015 band announced that they were recording their sixth studio album.