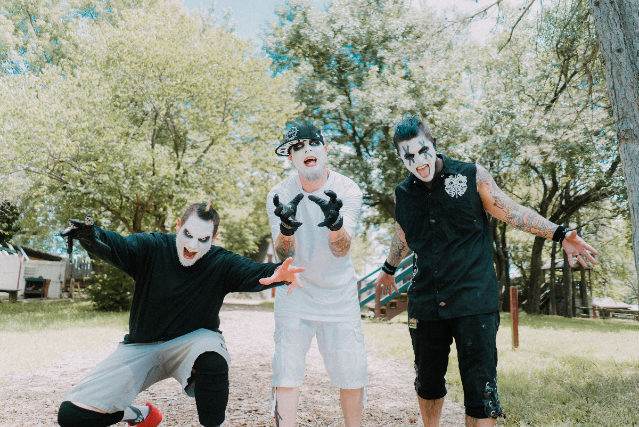 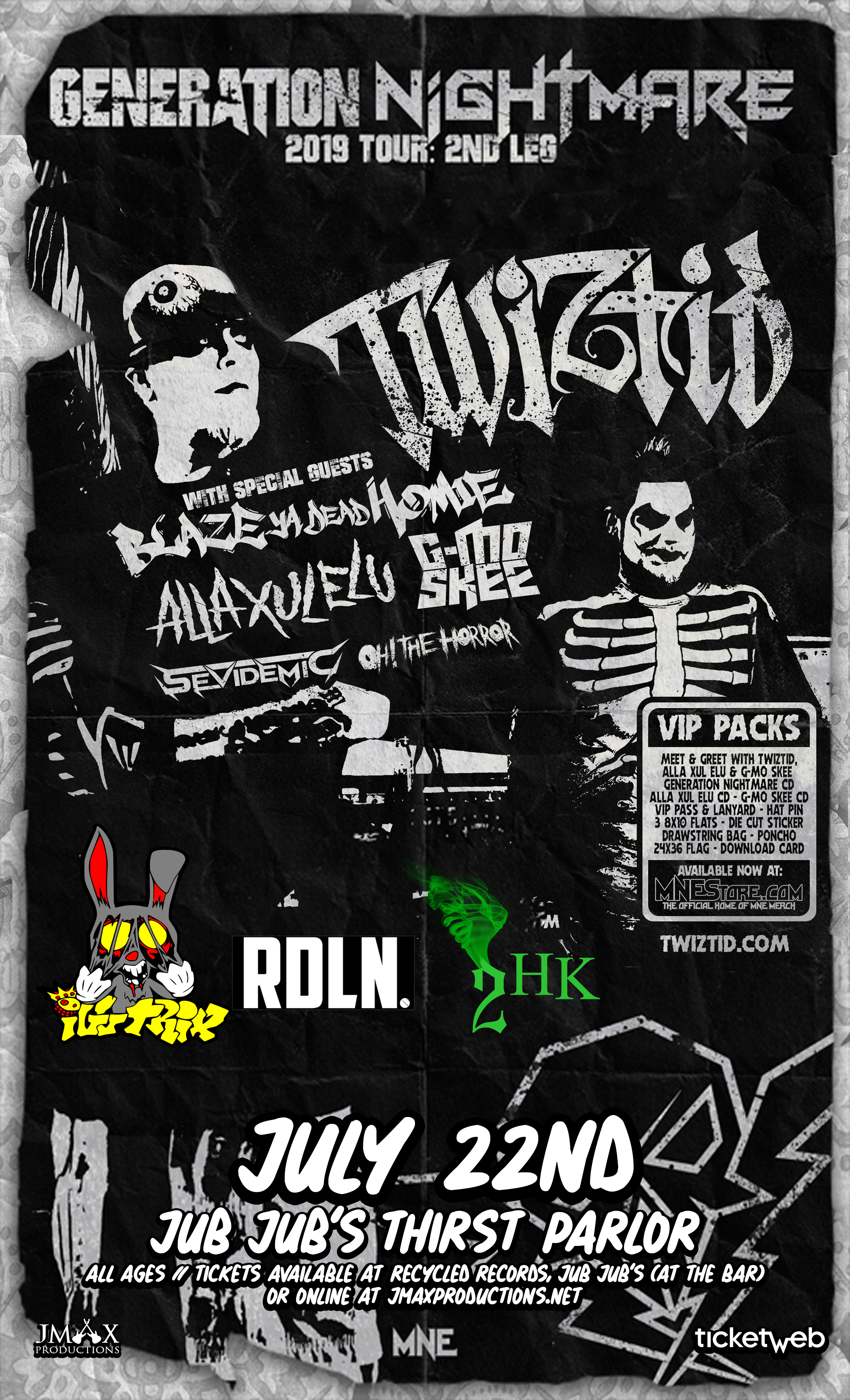 Protégés of the Insane Clown Posse and signed to the group's Psychopathic label, the Detroit-area rap duo Twiztid based their act on a similarly theatrical, outrageous, makeup-heavy image and an obsession with serial-killer horror films. Jamie Madrox and the Monoxide Child cast themselves as psychotic axe murderers on their 1998 debut album, Mostasteless, which was reissued with new artwork and extra tracks a year later in the wake of ICP's rise to national notoriety. Twiztid's second album, Freek Show, was released on Halloween 2000 in conjunction with ICP's Bizzar/Bizaar sets; Mirror Mirror followed two years later. The Green Book hit the shelves in 2003, with Man's Myth, Vol. 1 landing in 2005. The 2007 album Independent's Day featured numerous guest stars, including DJ Quik and tha Dogg Pound along with D12 members Bizarre and Proof. Two years later, W.I.C.K.E.D. appeared, the initials standing for "Wish I Could Kill Every Day." Monoxide produced most of the cuts on their 2010 effort, Heartbroken & Homicidal, and Abominationz landed in 2012 as the group's last album for Psychopathic. A year later, the duo issued the EP A New Nightmare on their own label. It was followed in 2015 by their tenth full-length studio album, The Darkness, with a pair of reissued remasters of Mutant, Vol. 2 and Green Book arriving in 2016. The pair's 11th set, The Continuous Evilution of Life's ?'s, arrived to the delight of Juggalos everywhere in January 2017.

Peaking within the Billboard Top 30, the album featured guest appearances by familiar faces like Blaze Ya Dead Homie, the D.O.C., and Lex "The Hex" Master, as well as rapper G-Mo Skee. Before the end of the year, they returned with Twiztid Presents: Year of the Sword. The duo kept up a steady stream of singles, releasing the Trick or Treat EP in October 2018 before resuming their singles output in 2019 with tracks like "Somthing New" and the Young Wicked collaboration "Clockin' w's."