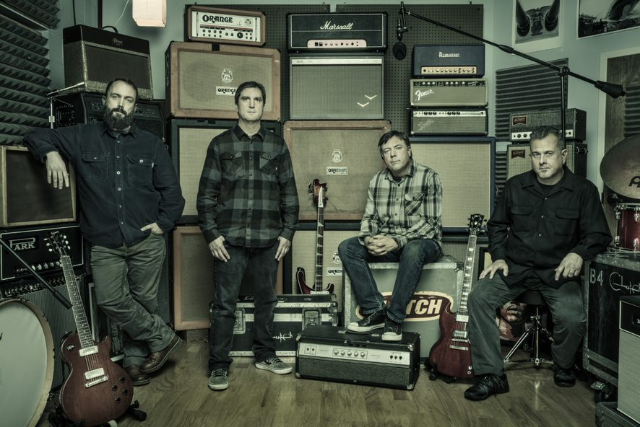 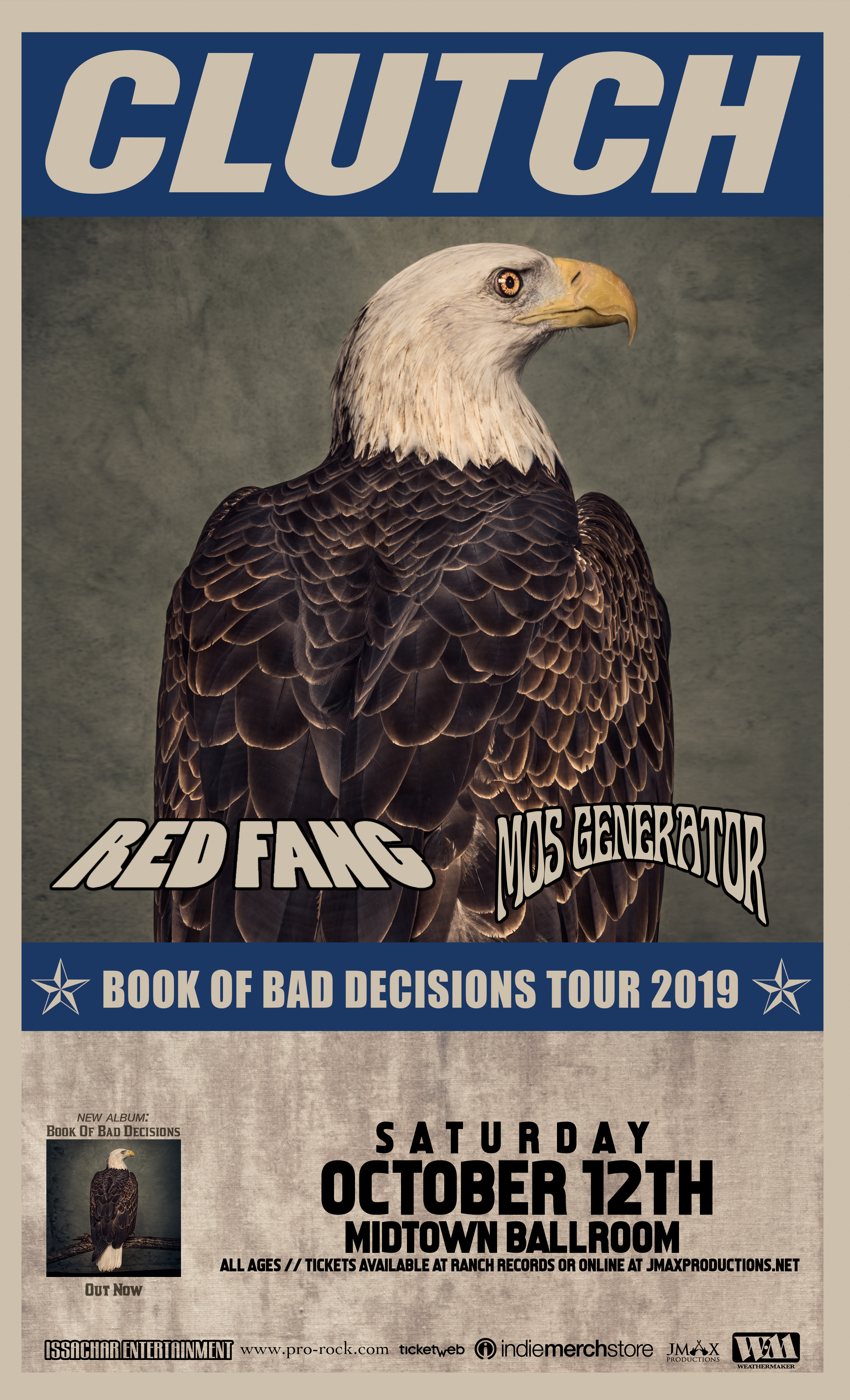 With the release of their highly anticipated 12th studio album, the gloriously titled “Book of Bad Decisions”, it would be easy to suggest that legendary Maryland rockers Clutch have made their finest record to date. This may even be true. You see, the thing about Clutch is that ever since their 1993 debut Transnational Speedway League they've been in the business of writing stone cold classics, and even the most rabid fan would have trouble picking just one. “Book of Bad Decisions” won't make that task any easier. Rest assured, it's another classic.

Recorded over three weeks at Sputnik Studios in Nashville, “Book of Bad Decisions” was produced by four-time Grammy winner Vance Powell (Seasick Steve, The White Stripes, Arctic Monkeys, etc.), a man who apparently knows that a one degree angle change in microphones makes a difference to how an instrument sounds. Interestingly, his name first came to the band's attention via country star Chris Stapleton.

“It started with my brother-in-law, who's a huge Chris Stapleton fan,” says drummer Jean-Paul Gaster. “He and I would listen to The Traveller quite a bit, and one thing that stood out was that it didn't sound like any other country record that I'd heard. Shortly after that I was on Spotify, and a song by The Dead Weather came up. It just blew me away and I could tell that whoever produced that record was doing things a different way. I looked it up and there was Vance Powell's name again, so something was telling us that this is a guy we should reach out to.”

“Even though Chris Stapleton does music that's not too much like our own, the sonics of the record are pretty great,” says frontman Neil Fallon. “He has a very different approach to recording; he comes from the school of live recording and engineering, and the songs, on tape, are not gonna sound that much different from what we do live.”

“I've always loved rock songs that just celebrated rock 'n' roll,” grins Fallon, “but that song was a bit more about the people who come to our shows, that make it as exciting for us as hopefully it is for them. My favorite shows that I've seen bands do is like going to church, especially when everybody's in sync with each other and you walk out with your jaw on the floor. I feel incredibly grateful that people have walked out of our shows and felt the same way. It's a tip of the hat to them.”

“We're exceptionally lucky to have the fans we have,” Jean-Paul agrees. “They're diehard, and because of that, we take this that much more seriously. We do not take this for granted. We know that those folks could be anywhere else, and they've chosen to spend the evening at a Clutch show, so we're gonna do the best we can to provide them with the best musical experience we can. I think that translates to the records, because at the end of the day, all you have is your records. When this whole thing wraps up, those are gonna be the things that go down in history.”