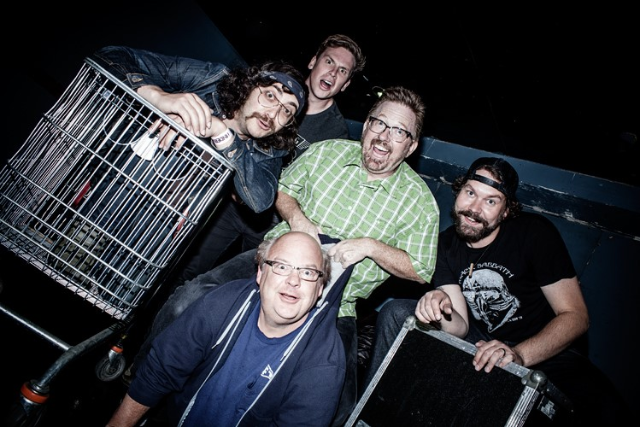 $13.00
Tickets are available locally at Recycled Records (S Virginia) or Jub Jub's (at the bar) 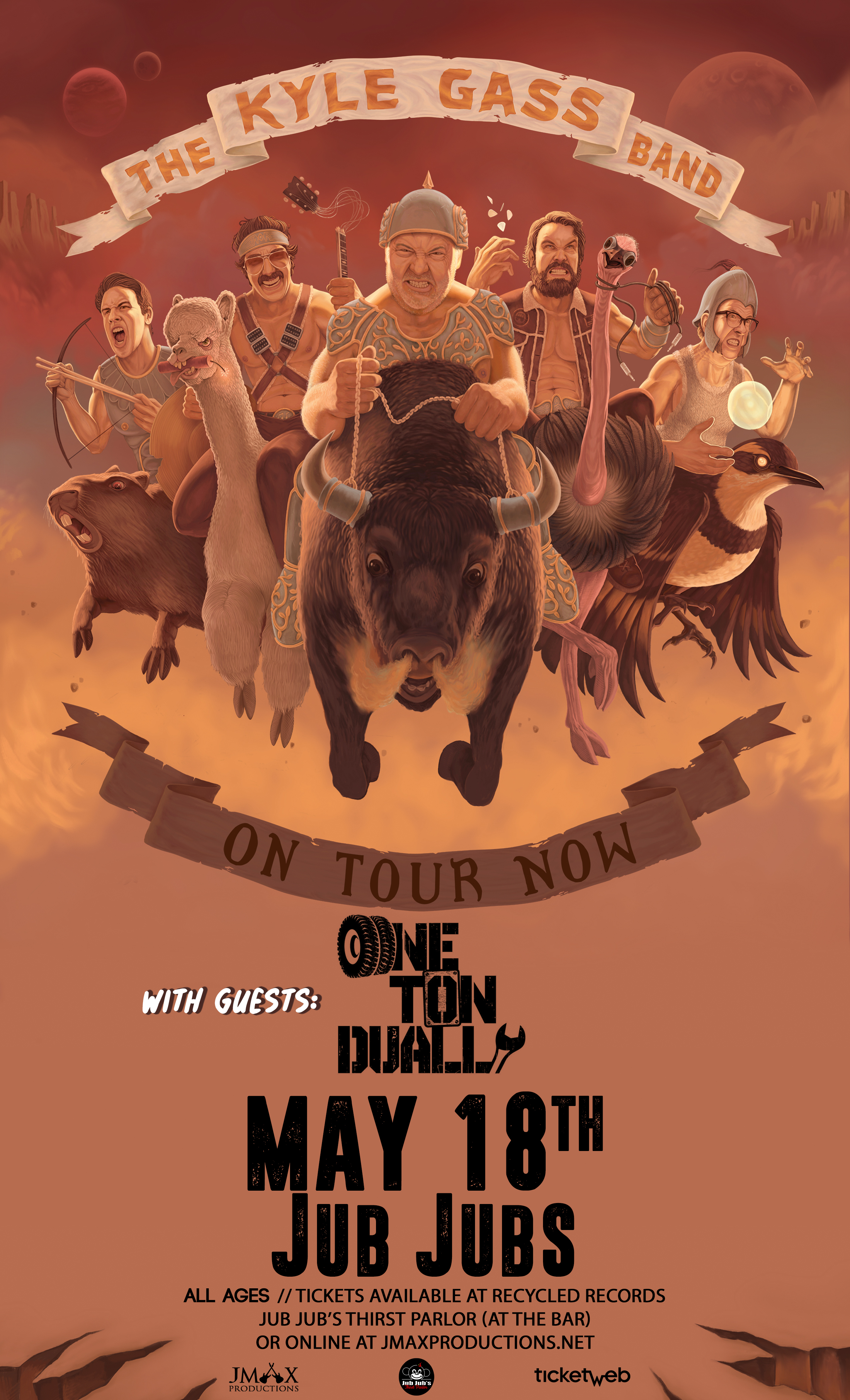 What does KG do when he's not playing with the Greatest Band in the World? He assembles an otherworldly super-team of badass dudes to back him up in his own project, The Kyle Gass Band. Along with The D's longtime electric guitarist, John Konesky, resident Sasquatch and guitarist/vocalist, Mike Bray, mythical bass legend, "Uncle Jazz" and percussion genius/international heart-throb Tim Spier, the rollicking gentlemanly ensemble traverses hill and dale to bring earth-shattering rock and roll to the wanting 100's. If you're lucky enough to catch this man-herd on the road, you'll surely count it as one of your finest living days. If you're less lucky (but still quite fortunate) to have only cast ears on the debut recording, then consider yourself nothing short of pregnant. 2 years off-and-on, and in between Tenacious D mega-tours, the accomplished men honed their sound and forged a master-work only craft-able by the deepest knowledge of a master. Men, women, children, domesticated house pets, earth roaming wild mammals, sea-dwelling creatures of the deep, insects, species yet unknown, gods and leaders, universal truths, and earthly lies; all lay wanting in subjugation to the new interstellar constant that is the Kyle Gass Band. Get the record today, throw on some headphones, and take the journey, friends, for you have something the band can never have... The ability to listen, with child-like wonder, to the magic of song, while having no earthly clue how to create such brilliance... Such is the albatross of genius.. Such are the chains of unparalleled skill... Such is the KGB.