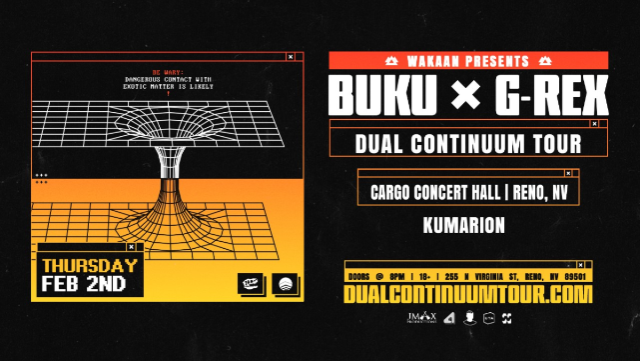 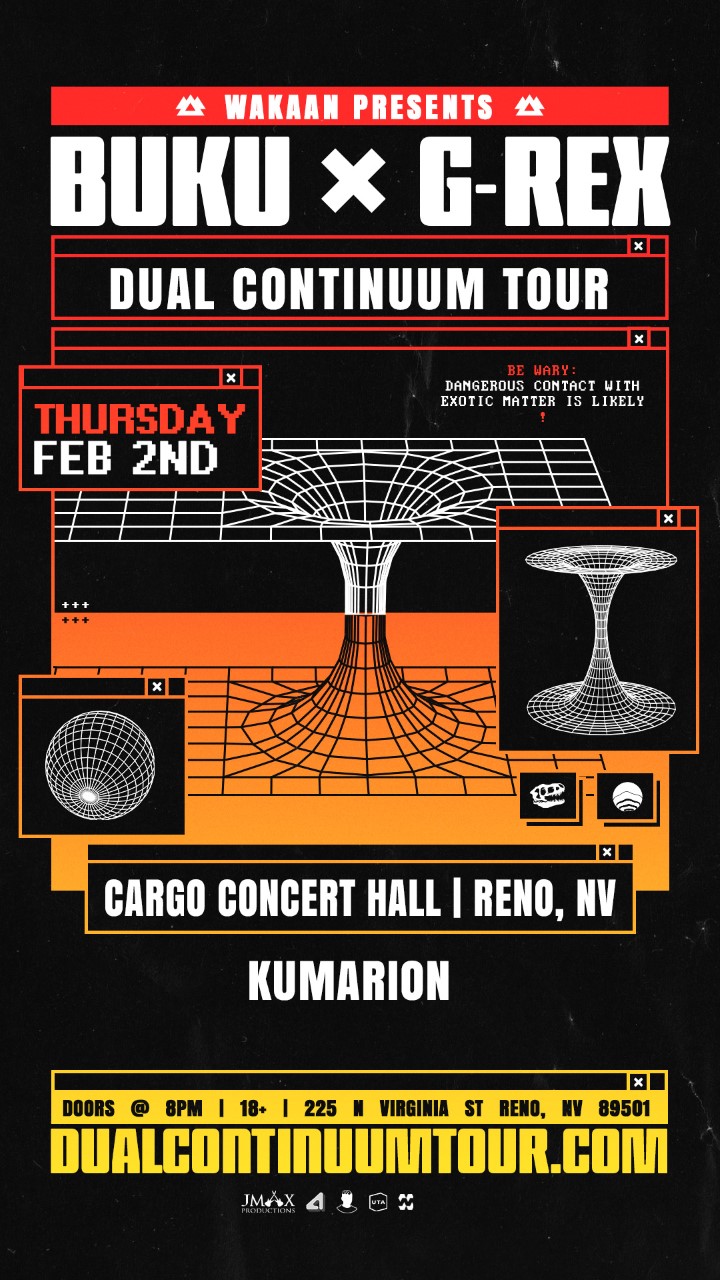 Buku Bio:
From the track record of Robert Balotsky's work as Buku, it’s clear that the Pittsburgh native and graduate of Music Technology is a well-equipped architect of twisted, layered soundscapes. With a menacing grasp on sound design and music theory, Buku combines deceptively simple and emotive melodies, laden with resounding low-end and intricate drum patterns. With a love of drums rooted early in his childhood, his work reflects his passion for percussion laced with elements only a trained ear could produce.

Establishing himself as an industry favorite since his 2013 debut, Buku has amassed streaming figures in the tens of millions while being championed by a variety of noteworthy curators, including Pete Tong, Diplo, and Zane Lowe to audiences worldwide through BBC Radio 1, Beats 1 Radio, and Spotify editorial playlists. His new label home, Liquid Stranger’s powerhouse bass label WAKAAN, has hosted the producer’s most recent releases (2020’s ‘What You See’ EP and 2021’s ‘Scorched Earth’ EP) notably characterized by their elements of mutated sound design, breakneck transitions, and heavy hitting patchwork synths. Rounding out what has already been an impressive release catalog across dance music’s most prominent labels, Buku has received placements across major media platforms and video game developers such as: ESPN, GoPro, EA Sports’ Madden series, Ubisoft and Capcom.

G-Rex Bio:
From bedroom producer to bass music trendsetter, G-REX has turned his distinct signature style into a sonic revolution. Born and bred in Detroit, G-REX unexpectedly took the industry by storm when he released his now-iconic single “Babatunde” with Peekaboo in 2018. Spearheading a new trend among fellow producers in the scene, G-REX’s freeform flair quickly captured the attention of fans and artists alike.

Inspired by his love for horror films and rap music, G-REX’s blood-spattered, versatile sound appears on leading bass labels such as Wakaan, Deadbeats, Never Say Die, Subsidia, and more. In 2019, G-REX debuted his chilling, cinematic ‘The Summoning’ mix series on SoundCloud featuring a collection of unreleased original tracks and collaborations. Now in its fourth installment, ‘The Summoning’ has become a special event for the community with each release and is synonymous with G-REX’s fearsome brand.

Behind the decks, G-REX is a fan-favorite at the world’s biggest bass and electronic festivals, including Lost Lands, Bass Canyon, Shambhala, HARD Summer, and more. Once a supporting act for industry leaders such as Excision and Liquid Stranger, G-REX now reaches his global fan community with headlining performances around the world.

With new music and upcoming tour dates on the way, G-REX has a swarm of tricks up his sleeve to round out the year. While others continue to regurgitate the same stale sounds, G-REX repeatedly paves the way for the next generation of bass music.