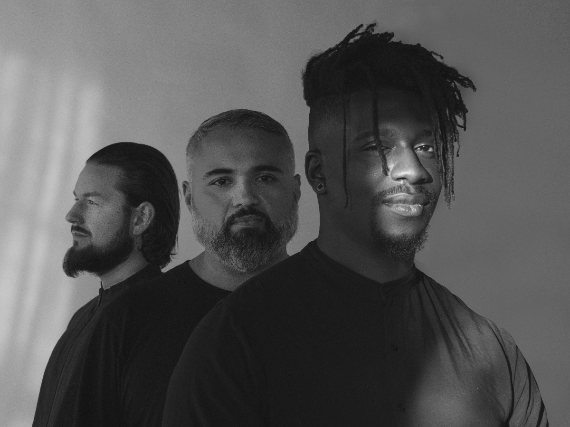 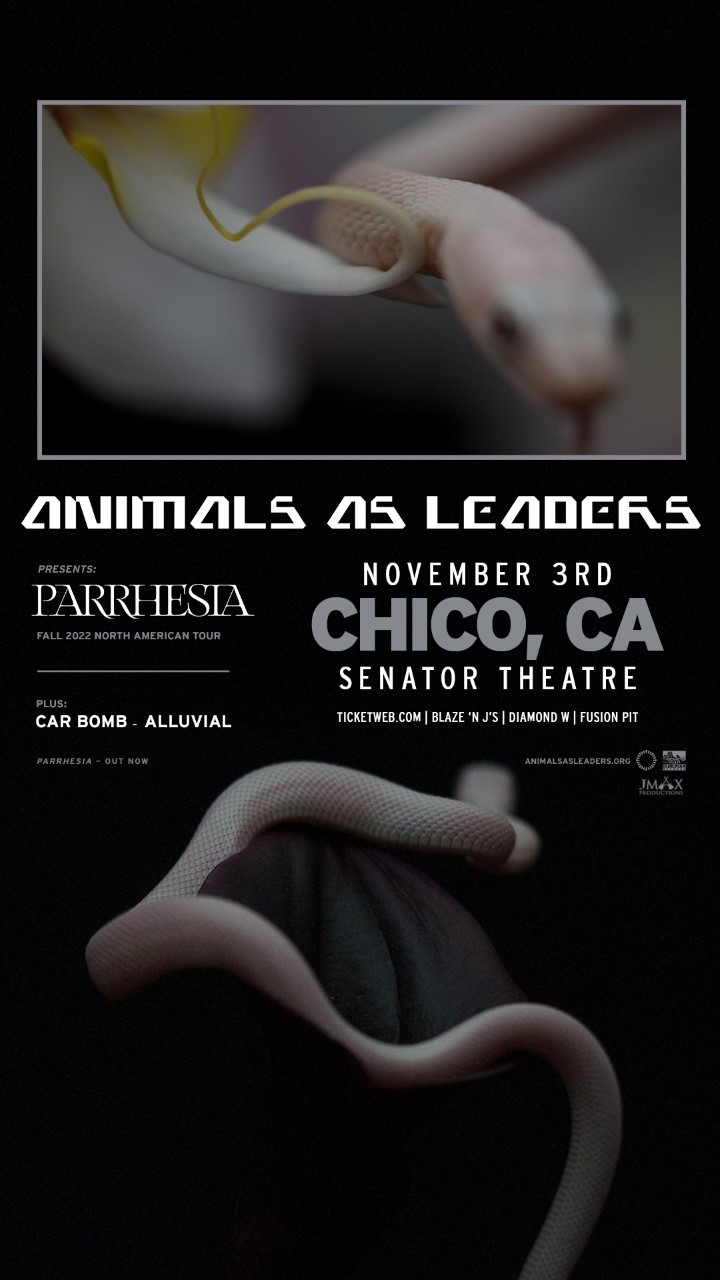 “As satisfying in their visceral kick as they are in dazzling displays of dexterity.” –Rolling Stone It might sound strange to associate “story telling” with instrumental music. But ANIMALS AS LEADERS jettisoned the rules, limitations, and boundaries of conventional rock music from the start. Armed with palette-expanding eight-string guitars, rich synths, and pummeling percussive grooves, the trio is beloved by metalheads, aspiring virtuosos, jazz fanatics, and casual listeners alike. As Pitchfork observed, “Animals As Leaders have walked the tightrope between sheer technical virtuosity and actual emotional resonance.” Even without vocals, this is intimate, mythmaking music.

Animals As Leaders began as a solo outlet for guitarist Tosin Abasi, whose creative partnership with classically trained guitarist Javier Reyes and Berklee-educated drummer Matt Garstkais built on a shared love of everything from fusion to technical death metal. Garstka graced the cover of Modern Drummer in 2015. In one of his many appearances on their cover, Guitar World named Tosin among the Guitarists of the Decade. Rolling Stonefeatured him as part of their “Young Guns”series. The Chicago Tribunedeclared him “the closest thing prog-metal has to an Eddie Van Halen.

”Quickly ascending beyond the traditional confines of instrumental rock, Animals As Leaders owe much to their unique blend of precision and feel, both in abundance on album five, Parrhesia. The trio remain connected to their fiercely engaged audience via captivating shows and projects. Kerrang! included Weightless among its Best Albums of 2011. The Joy of Motionentered the Billboard 200at No. 24 in 2014, and The Madness of Many cracked the Top 20 in 2016. Now more than a decade into their career, a quick look at the bands they’ve toured with demonstrates the consistently diverse appeal of Animals As Leaders. It’s a list that includes Korn, Deftones, Dance Gavin Dance, Thrice, Meshuggah, Underoath, TesseracT, and Circa Survive as well as major festivals with the likes of Linkin Park, Avenged Sevenfold, and Slipknot.

Animals As Leaders offer more than clinic-ready musicianship and proficiency. A focus on mood, texture, and emotive power elevates the material past any preconceived notions, resulting in a fascinatingly unique phenomenon, with an unlikely and profound appeal across multiple subgenres. “We all know how talented the guys in Animals As Leaders are. Absurdly talented,” declared MetalSucks.“[T]hey are one of the finest, most interesting units in modern music"