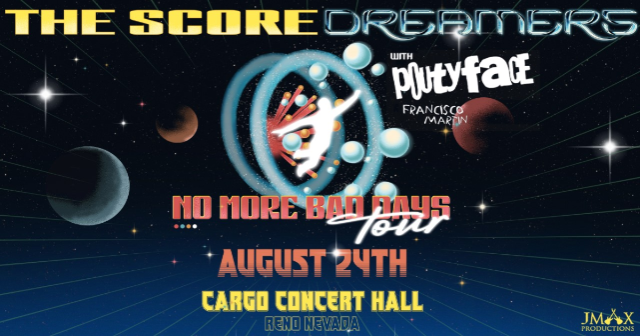 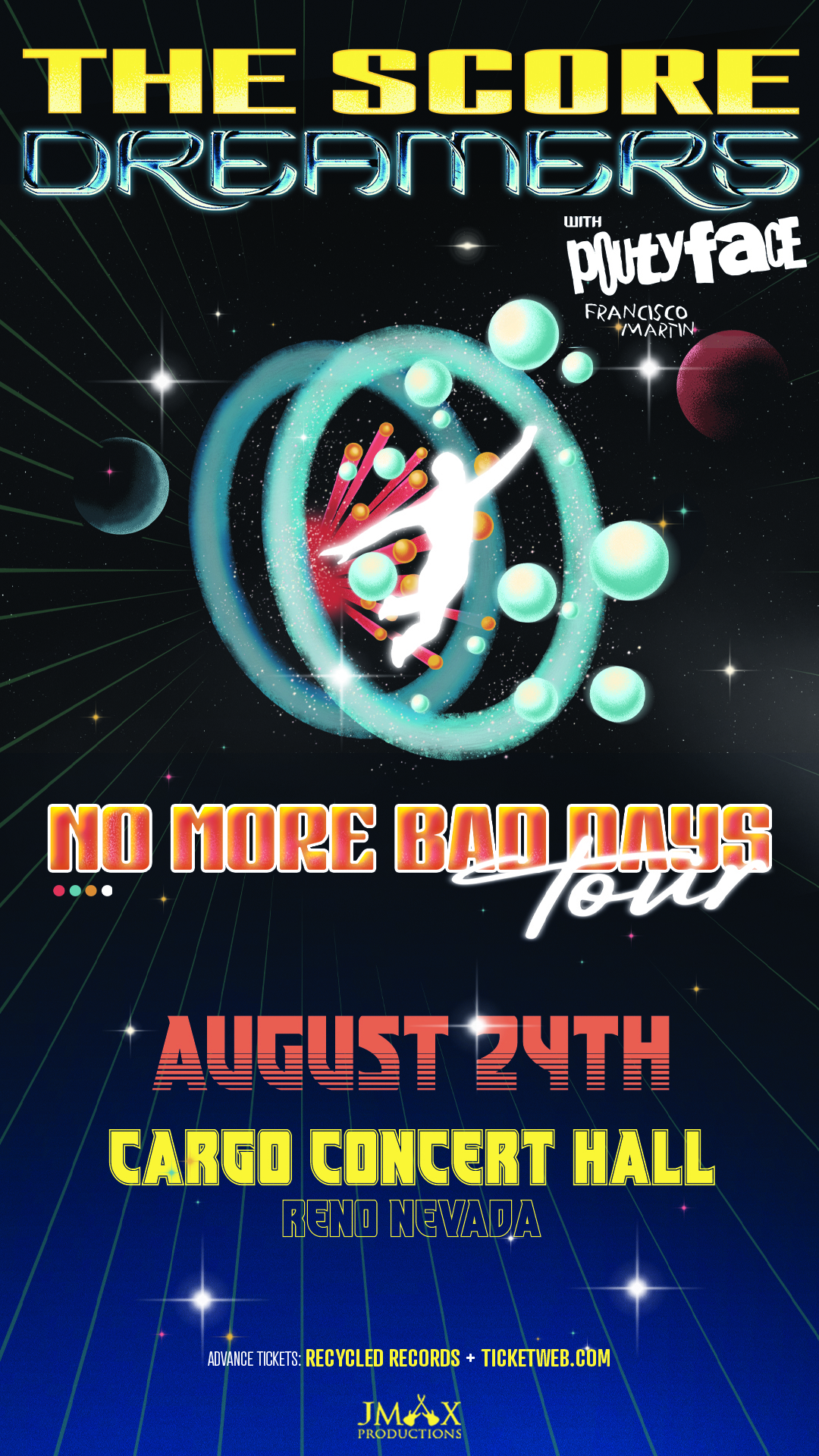 THE SCORE Bio:
The Score’s music has always been about overcoming adversity and finding strength to overcome in moments of weakness, helping the Los Angeles-based duo of Eddie Anthony (vocals/guitar) and Edan Dover (keyboards/production) win fans across the globe.A seven year journey brought the duo from a tiny Upper East Side apartment in NYC to gold plaques, nearly five billion streams, one million-plus YouTube subscribers, hundreds of TV and film syncs, sold out shows on multiple continents. Imagine “Yeezus”-era Kanye West producing Foo Fighters and you’re in the right ballpark — huge songs built to rattle the walls of stadiums filled with thousands of fans singing along to every word.

DREAMERS Bio:
From clubs & arenas to festivals including Lollapalooza, Bumbershoot, Firefly, Reading and Leeds, Los Angeles-via-Brooklyn band DREAMERS (Nick Wold and Nelson) has shared stages with the likes of X Ambassadors, The 1975, Bleachers, Catfish & The Bottlemen, & Weezer while garnering coverage from Fader, Entertainment Weekly and Paste, among others, and performing on Jimmy Kimmel Live. In 2016, the band released their debut full-length album This Album Does Not Exist, featuring the top 10 Alternative radio hit, the electro-sprinkled pop gem “Sweet Disaster.” Three other songs also charted nationally: the ’90s throwback “Drugs,” the crooning “Wolves (You Got Me),” and the soulful, brisk power-pop of their single “Painkiller.” In 2019 DREAMERS released LAUNCH FLY LAND, their second full-length album that spawned the top 10 alternative radio hit “Die Happy.” In 2020, the band released two more alternative radio hits: “Heat Seeker” ft. grandson which was featured in Spotify’s Rock This Presents…Best Rock Songs of 2020, & the dark-pop love song “True Crime” ft. DeathByRomy. In 2021, the band came back with yet another collaboration: DREAMERS teamed up with legendary rapper Big Boi & alt-pop disruptor UPSAHL for “Palm Reader,” off their EP of the same name, which also got the remix treatment by legendary rock band All Time Low. Kicking off 2022, the band will release the infectiously catchy “Black Confetti,” the first in a string of new music DREAMERS will release throughout the year