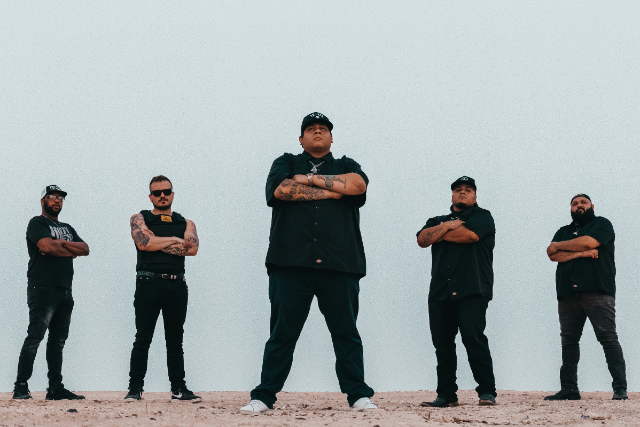 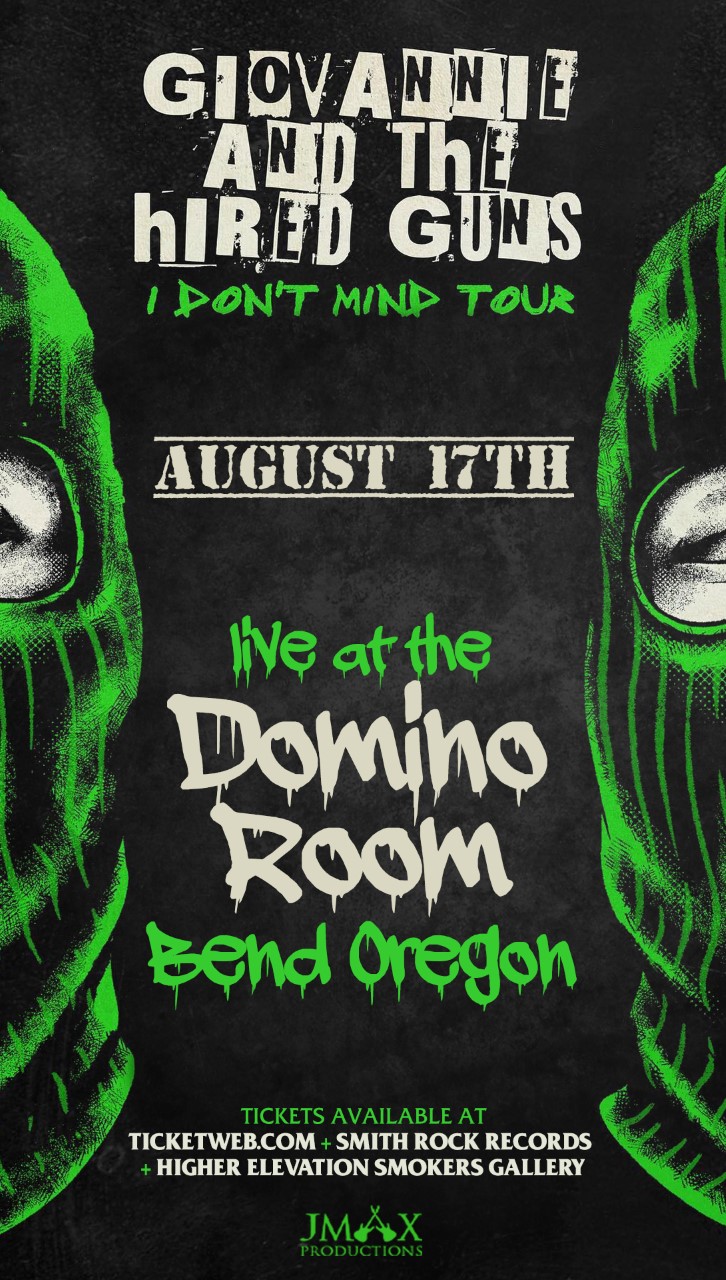 Bio:
In the last few years alone, Giovannie & The Hired Guns have grown from a massively beloved local live act to an undeniable new force on the national rock scene. Formed back when frontman Giovannie Yanez was working the counter at a pawnshop, the Stephenville, Texas-based band has amassed millions of streams almost entirely through word-of-mouth, thanks in no small part to their unforgettable live show—an electrifying spectacle that invariably leaves audiences sweat-drenched and ecstatic. With their high-octane collision of rock-and-roll and country, Giovannie & The Hired Guns are now at work on a hotly anticipated new album showcasing their hard-hitting sound, emotionally raw storytelling, and the kind of authentically gritty energy that’s sorely missing from rock music today.

As revealed on their 2017 full-length debut Bad Habits and 2020 self-titled album, Giovannie & The Hired Guns draw much of their power from the eclectic sensibilities at the heart of the band: drummer Milton Toles, for instance, brings a soulful intensity deeply informed by playing music in church as a kid, while guitarist Jerrod Flusche’s background includes session work with such prominent country acts as Dolly Shine and Sam Riggs & the Night People. With their lineup rounded out by guitarist Carlos Villa and bassist Alex Trejo, the band also taps into elements of everything from Southern rock and stoner metal to la musica norteña and Latin hip-hop. “We’re all from different walks of life, and we all have our own unique style that we add to the band,” says Yanez. “No one’s ever telling anyone else how or what to play; we just show up and jam out and it all comes together so naturally—nothing is ever forced with us.”

Originally from the Northern Texas town of Mineral Wells, Yanez first explored his soul-baring approach to songwriting at the age of 17 (“It pretty much started right after the first big heartbreak,” he notes). Around that same time, he began performing at local dive bars while holding down a job at a nearby rock quarry. “I’d go play gigs and be out till about three in the morning, then get up to go to work at seven—it was a struggle for a while, but I knew this was what I wanted to do with my life,” says Yanez. Not long after landing his job at the pawnshop, Yanez crossed paths with Trejo and soon began assembling the Hired Guns lineup, then pushed forward with an equally grueling gig schedule. “When we first started out it was always, ‘Hey guys, can you play a four-hour set with two breaks? Here’s $200,’” Yanez recalls. As word got out about their can’t-miss live performance, the band began selling out shows all across their home state, in addition to sharing stages with the likes of Read Southall Band and Kody West. And in a particularly thrilling turn, 2019 saw Giovannie & The Hired Guns opening for platinum-selling country star Jason Aldean to a crowd of 36,000 at Globe Life Park stadium.