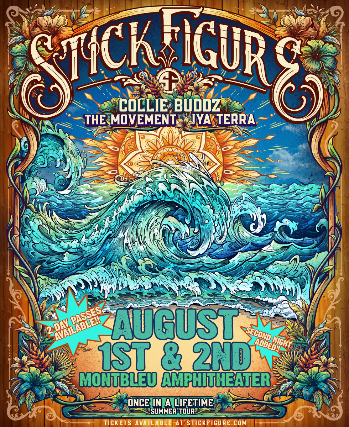 $80.00
Online Sales Have Ended
This Ticket Option is good for both The Saturday, August 1st & Sunday, August 2nd Shows. 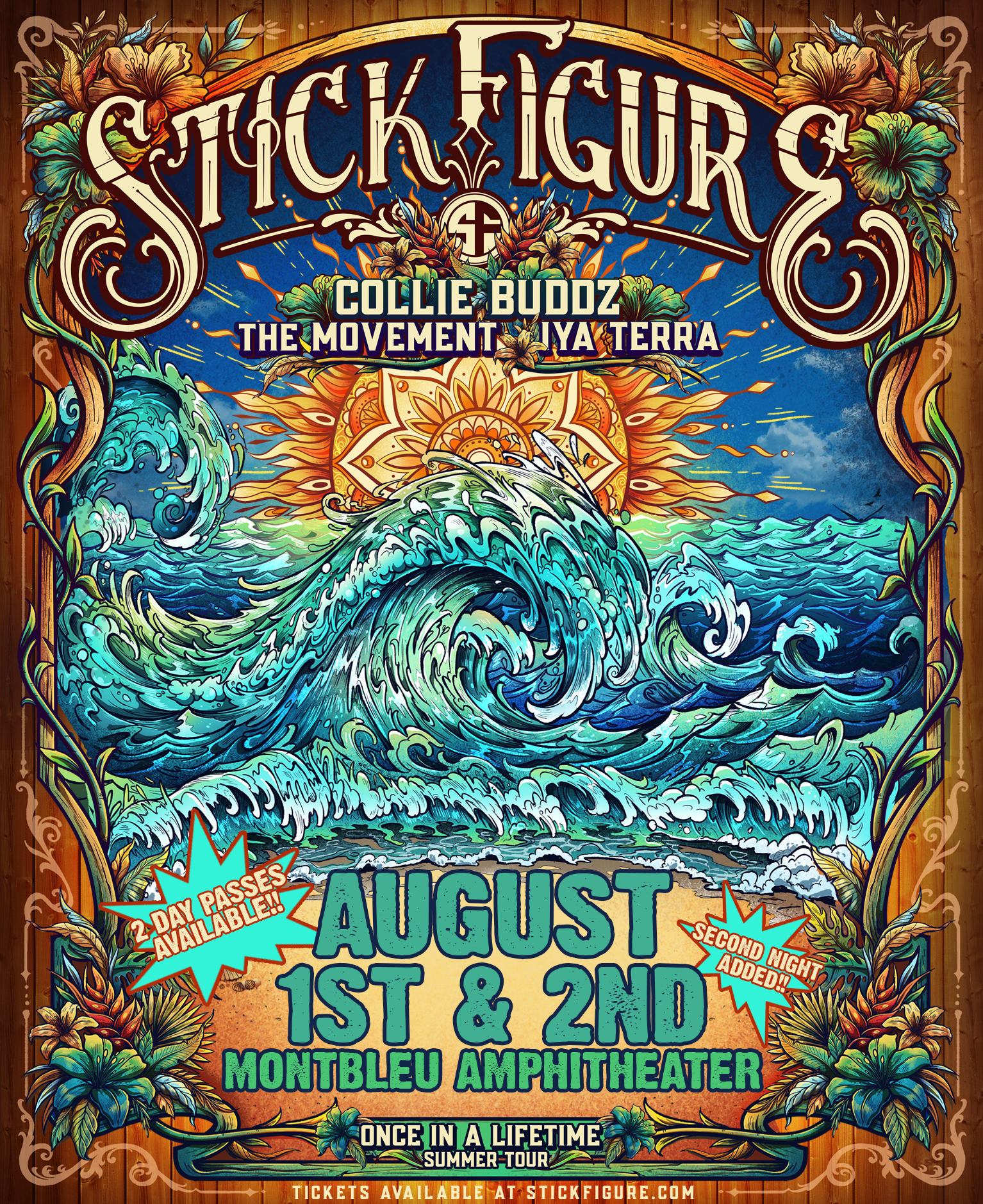 With a calming air of production prowess, Stick Figure is back with his newest album, World on Fire, released on August 30th, 2019. As with his previous releases, World on Fire was written, produced and recorded by Woodruff, a self-taught musician, this time at Stick Figure-owned Great Stone Studios in Oakland, CA, former home of Green Day.

World on Fire will be Stick Figure’s seventh album, following up the success of 2015’s Set in Stone, which peaked at number 65 on the Billboard Top 200, #1 Heatseakers, #7 Independent, and #1 Reggae album. With more unmistakable hook-worthy beats and deep grooves and inflected with an accessibility that transcends genre, the album comes in a year that's seen Stick Figure headlining the top reggae festivals in the US, including California Roots and Reggae Rise Up. The band also sold out the 9,500 capacity Red Rocks Amphitheatre in Colorado, in addition to selling out historic venues like Stubb's Amphitheatre in Austin and the Fox Theatre in Oakland.

Set in a time and place of uncertainty, World on Fire recognizes the turmoil we all face yet puts a positive spin on our outlook. Stick Figure has decided to stay “Above the Storm," choosing to bring listeners a slice of happiness and escape, without ignoring that there are real troubles they may face daily. While World on Fire can be enjoyed as a light, fun summertime soundtrack, the message and feeling stay with you long after each listen. It is music that can be a constant companion in, and soundtrack to, your life.

An intuitive and accomplished producer, Woodruff crafts authentic artistry from the foundation of roots-dub reggae, featuring cavernous grooves, sparkling electronic orchestration, and thick rhythms. His songs and sounds have evolved throughout time while staying true to his signature sound. World on Fire is undoubtedly Stick Figure’s best production to date, and the attention to detail throughout the album’s almost seventy minutes creates a top-notch sonic experience. Inside the historic studio, Stick Figure band member Johnny Cosmic, an accomplished producer in his own right, teams up with Woodruff to mix and master each track. When completed, a brotherhood of hard-jamming musicians delivers this widescreen soundtrack in concert performances of consciousness-altering emancipation.

The evolution of the artist most often portrayed as a one-man band has its genesis in Duxbury, Massachusetts. Well before achieving worldwide acclaim or embracing the demand to play live shows, Scott was an avid music fan who in high school traded bootleg CDs of his favorite artists' unreleased demos. It was then that he began recording a series of albums under the moniker of Stick Figure.

At a time that reggae is reaching new heights of popularity, the release of World on Fire signifies a coronation of sorts. There is no question that Woodruff’s distinct melodic subgenre has been solidified atop the scene’s pantheon.